Geopolitical Changes and Their Impact on Global Business Services

The certainty we once associated with globalization has suddenly come into question. Brexit in the European Union (EU), Duterte in the Philippines, isolationist candidates in the Netherlands and France and a Trump presidency in the United States are all signs that voters aren’t supporting global trade as we’ve come to know it over the past twenty years. What are the implications for the outsourcing industry? How are enterprises planning for and operating their Global Business Services (GBS)?

In the U.S. the outsourcing industry has long been impacted by H-1B visa legislation. In other parts of the world, the economy and the aging population will play a role in the changing employment landscape.

Take, for example, the aging global population. According to the United Nations’ chart below, almost all regions of the world will experience shrinking numbers of working-age people to support their older counterparts in the next 15 years. The ratio of working-age people to those over 65 is an important economic growth indicator. While automation is likely to fuel the next wave of productivity, this ratio remains an important way to assess the overall workforce. The current model used in many companies is to use GBS models to offset the impact of an aging workforce. Populism and isolationism threaten to reduce immigration in many countries and regions, putting even more pressure on governments and companies to achieve growth.

India is one of the few countries where this phenomenon is not occurring. In fact, every month, one million Indians turn 18 years old. If these young, often highly educated people are not permitted to immigrate to Western countries for work, will the Indian economy be able to support the level of employment needed?

I facilitated a conversation about these changes and their impact on GBS at the Shared Services and Outsourcing Week in Orlando, Florida earlier this month. The leaders who participated in the discussion represented different enterprises from multiple industries and geographies. Some of the enterprises were just beginning the GBS journey; others were well down the road. Here’s what I wanted to know: Given the changes we have experienced over the last 18 months and the level of uncertainty about the next 12 months, how is your enterprise making decisions regarding GBS, offshoring and outsourcing?

The answers fell into one of three camps.

Camp #1: Wait and See. The smallest group included enterprises that were at the beginning of the GBS journey. While they were investigating and evaluating GBS and some of the more complex aspects of offshoring and outsourcing, they had not yet made any final decisions. The majority of these companies were in “wait and see” mode to give themselves time to assess the near-term future of the EU and the ramifications of President Trump’s positions on trade policy. Because political candidates in both France and the Netherlands are running on platforms that include exiting the EU and tightening borders, the possibility of additional countries leaving the EU has created serious concern for the companies with business in continental Europe.

Camp #2: Business as Usual. The majority of the participants in the discussion described themselves as conducting business as they have for the last several years or even decades. While enterprises in this group share similar concerns as the “wait and see” group, they already are well down the road to GBS with either offshore captive or outsourced operations. This group believes that, while the latest geopolitical changes have some unique characteristics, the world is always experiencing a degree of change, and they are choosing to resist a knee-jerk reaction until they see actual changes in policy or regulations that directly impact their operations.

Camp #3: Research and Plan. The enterprises in this group also are well along the GBS journey, but they are committing to a more proactive stance. These enterprises are more concerned about understanding the potential reactions of other countries to the changes happening in the US and EU. For example, what if the Philippine president Duterte interprets the US and EU policy shifts as threatening to his economy and reacts unilaterally? The “research and plan” group is made up of companies with significant operations in the Philippines, and they are actively building contingency plans in case President Duterte acts on his anti-US and anti-EU sentiments.

All of the enterprises in these three groups are watching the world’s events with keen interest – and not a small amount of trepidation – in preparation for the impact on their GBS organizations or plans.

ISG advises clients on the best sourcing strategies amid often tumultuous market conditions. For more information on how we can help hone your approach, please contact us.

This article originally appeared in Datamation.

Mr. Furlong is a Partner at ISG and has over 25 years of experience in assisting companies transform their general and administrative functions including finance and accounting, human resources, and procurement. He has expertise in formulating strategies and designing alternative service delivery models (Global Business Services, shared services and outsourcing), transforming processes, driving organizational change, and implementing emerging technologies such as advanced analytics, mobile solutions, cognitive computing and cloud based solutions.  Mr. Furlong leads ISG’s Business Advisory Services practice and serves on the Americas Leadership team.
Share: 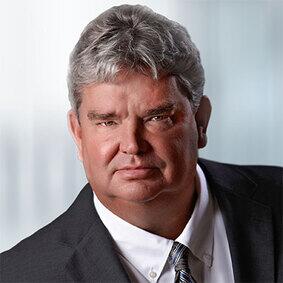 Mr. Furlong is a Partner at ISG and has over 25 years of experience in assisting companies transform their general and administrative functions including finance and accounting, human resources, and procurement. He has expertise in formulating strategies and designing alternative service delivery models (Global Business Services, shared services and outsourcing), transforming processes, driving organizational change, and implementing emerging technologies such as advanced analytics, mobile solutions, cognitive computing and cloud based solutions.  Mr. Furlong leads ISG’s Business Advisory Services practice and serves on the Americas Leadership team.

Why the A in A Game Stands for Agile

Is Your IT Organization a Value to the Business?

Can We Predict Great Leadership?

The Surprising Disconnect Between Data Analytics Capability and Execution

Demystifying the Potential for IT Services

Let's Talk Business: How the CIO Can Enable Corporate Growth