Several recent announcements about self-driving vehicles help illustrate the rapid evolution of the concepts, technologies, and manufacturers – and bolster our position that it’s time for enterprises and their providers to pay attention to autonomous vehicles (AVs).

On December 13, Google announced that its self-driving car project is now Waymo, a new Alphabet business. According to Google, “Waymo” stands for “a new way forward in mobility.” Over the last six months, Google worked with Chrysler to design and engineer modifications to the Chrysler Pacifica Hybrid minivan to integrate the new self-driving systems. Waymo expects the self-driving Pacifica will be on public roads in 2017.

Yet there’s controversy as well. After weeks of dispute with the California Department of Motor Vehicles, Uber finally agreed to terminate its pilot self-driving car service in San Francisco because it had no permits. Uber had asserted the permits don’t apply because its vehicles have a driver and an engineer in the front seats to take over as needed; the DMV responded with a threat to de-register the cars. Uber has since threatened to pursue legislation that will allow it to bypass the DMV. Meanwhile, one report projects Uber losses will total $3 billion by year-end.

On December 14, Microsoft said it strengthened ties to location data providers Esri, HERE, and TomTom. TomTom and Microsoft will integrate location-based services into Microsoft Azure, including TomTom’s High Definition Map and RoadDNA technology for autonomous driving. The integration should make it easier for developers to build and manage enterprise, mobile, Web and Internet of Things (IoT) applications that are location-aware.

While the profit models remain unclear for the rapidly shifting arena of road transportation services, big-name automotive companies, technology firms, data suppliers, ride-sharing services providers, and investors are betting heavily on success. These most recent announcements reinforce what we’ve said – how people and materials move is changing rapidly. Enterprises need to stop watching with curiosity and start deciding how, when, and where their businesses can benefit from autonomous vehicles (2018ETM, Three Reasons to Pay Attention to Autonomous Vehicles, 9Dec2016). 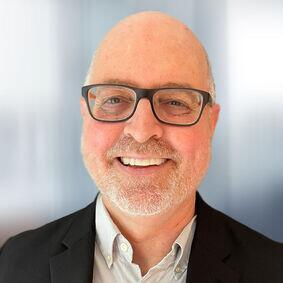 Mr. Exler is a Director and Principal Analyst with the ISG Provider Lens (IPL) service, a part of ISG Research. His focus is on the disruptive and progressive influences on businesses – and the experiences of their customers - of the Internet of Things (IoT), location intelligence, Digital Workplace and application modernization. Ron is lead analyst for the IoT Services 2021 IPL study as well as the Healthcare and Life Sciences Digital Services 2020 and 2021 IPL studies. He is also the owner of the IPL subscriptions services for enterprises and service providers. Ron bridges the gap between business and technology through active analyses and clear communications of issues and opportunities.

ISG Digital Dish Episode 25: Be Yourself at Work and Unlock Your Career

Bots and Beyond Episode 39: Why You Need to Address Culture to Unlock Automation Success