In 2014, when artificial intelligence (AI) first began to enter the commercial market, we knew the critical link was the human interaction with cognitive machines, but even the most salient proof points at that time were only hypothetical.

Then March 18th, 2018, happened. On that evening in Tempe, Arizona, a self-driving Uber – one with a back-up human driver on board – struck and killed a female pedestrian.

How could that happen? The answer is: very predictably.

Since the accident, we have learned that the back-up driver allegedly was more than a little distracted by, among other things, watching a streaming version of “The Voice” for as much as one-third of the trip before the fatal accident.

It was a predictable outcome for a variety of reasons.

In 2014, Google decided to scrap its prior approach to self-driving cars and head in an entirely new direction. After hundreds of thousands of hours of development and highway testing, Google smartly realized that drivers in stand-by mode quickly find themselves bored. When it was our turn to take the wheel, we human drivers might be reading, texting, Googling – or worse – watching mediocre televised singing competitions. The lesson learned was that relying on a driver to play a back-up role practically invited disaster. 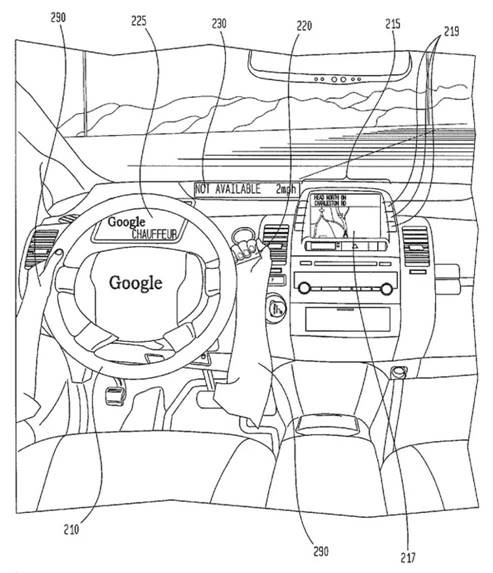 Subsequently, Google's patent application diagrams (as seen above) and development stripped the car of its steering wheel and accelerator pedals. Using AI, the car would assume 100 percent of the operating responsibilities, save an emergency brake that a human could use if he or she detected a danger that the autonomous car could not.

The lessons for enterprises interested in using AI are these:

ISG helps organizations identify, plan and execute on AI strategies while always keeping front and center the critical intersection between users and technology. More than ever, change management is important to getting it right – and helping enterprises gain the maximum benefit from AI.

The tragedy in Tempe aside, most experts believe AI will help reduce accidents over time, not increase them. With our clients, we’ve already experienced it can lead to better businesses outcomes too. Contact us to find out more.

How to Avoid Pitfalls on Your RPA Development Journey
To Automate or Not to Automate … That is NOT the Question: An AML Perspective
Google Is Serious About Its Enterprise Business
Going Public: Three Key Considerations for Your Public Cloud Infrastructure Strategy
Atos Acquires Syntel
ISG Automation Summit: Are You Bot 3.0 Ready?
For You and Your Customers’ Sake: Streamlining Communication Platforms
SAP on the Blockchain Bandwagon