A cloud-first strategy is particularly apt for enterprises operating across geographies, where high infrastructure investments and operating costs are unavoidable. The strategy had strong appeal to a multinational finance and insurance corporation but executing represented a significant challenge because of its scale and siloed operations. 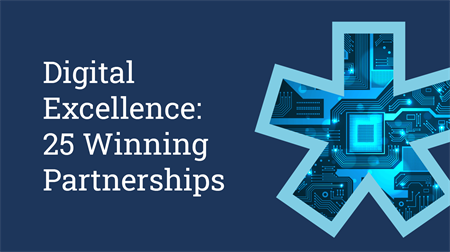 The company operated in more than 80 countries and depended on more than 3,000 applications throughout its global infrastructure footprint. It lacked a single source of truth. Implementations were siloed and slow and suffered from data redundancy, which inflated operating costs and limited the company’s efforts to move to cloud.

The company partnered with a service provider based in India to get help conceptualizing, architecting and building a robust, expandable cloud platform to provide the base for all development programs.

The service provider built the foundational elements for implementing the organization-wide platform called the Digital Business Platform. It set up the cloud environment; built transactional NoSQL databases, message-oriented middleware and an API platform; and implemented a cloud-based platform to run enterprise apps at scale. The new platform accelerated the migration of the company’s legacy enterprise systems to the cloud and provided a framework to build applications with greater agility, which resulted in improved end-customer experience and high business value.

The change reduced the insurance company’s overall infrastructure cost by 30 percent. The cloud’s auto-scale and auto-heal capabilities eliminated approximately $100,000 in annual costs from ancillary monitoring and support overhead. The company also sees benefits on the development side, which now can focus more on business functionalities. It has made a 40 percent improvement in implementing new applications, while reducing implementation costs by 25 percent. There have also been customer-facing improvements that can bring in new revenue. The number of new insurance applications have increased by five percent, which the company attributes to its improved underwriting process.

Speak with a Digital Transformation Expert

Healthcare Payers Use Digital to Improve Services
Everything Depends on Network Transformation
The CISO as a Business Enabler: Transforming Security into a Competitive Advantage
Considerations for Moving to Cloud-based Human Capital Management
How Banks Can Move from Being ‘Physical First’ to Being ‘Digital First’
With ‘Engage 2025,’ Orange Business Services Evangelizes Digital Transformation
Prepare Your Organization for Today’s Data Privacy Challenges by Creating a Culture of Privacy
Cost Efficiency for Post COVID-19 Business Optimization
Building a Cybersecurity Mindset – Humans Are as Important as Technology
HR-Payroll Consolidation in Asia-Pacific: Ceridian, Excelity and the Year of the Rat
Airbus’ Realigned Strategy Can Be the Best Response to the European Aerospace Industry’s Distress Signal
The Future of Work – Redesigning Operations and Customer Experience