Broadcom, a global chip maker, recently announced its intention to acquire VMware for $61 billion. After the acquisition is approved, Broadcom will integrate VMware with its own enterprise software group and brand its software group as VMware.

Neither Broadcom nor VMware are new to large acquisitions. Broadcom itself was acquired in 2015 by Avago Technologies, an American semiconductor company. The acquisition helped Avago Technologies diversify its business in the communications vertical. Avago Technologies then rebranded itself as Broadcom. The Broadcom BRCM ticker was retired when the new company began trading under the AVGO ticker on Nasdaq. Broadcom then acquired Brocade in 2016, CA Technologies in 2018 and Symantec Enterprise Security in 2019. The last two acquisitions, worth $29.6 billion combined, represent a significant portion of Broadcom’s M&A expenditure. VMware also was first acquired by EMC in 2004, which was later acquired by Dell in 2016.

Despite the fact that these companies have experienced so many acquisitions, the recently announced deal has the market raising the following three questions.

Will this be the end of VMware innovation?

VMware is renowned for its expertise in virtualization technology and for being the first to successfully decouple software from underlying hardware. The company was acquired by EMC in 2004 and then became a part of Dell Technologies when it acquired EMC in 2016. During its time as a subsidiary of EMC and eventually Dell EMC, VMware continued its path of innovation in the enterprise software space. To further improve its portfolio, VMware has successfully integrated the capabilities of companies it acquired, such as Heptio in 2018, Pivotal and Carbon Black in 2019 and Nyansa in 2020.

Today, the company has an extensive portfolio that is used by enterprise clients to modernize IT infrastructure and make it easier to bring software to production, enhance workflow automation between multicloud environments, build software-defined networks (SDNs) and provide enhanced security services. In the workplace domain, VMware pioneered desktop virtualization technology and coined the term virtual desktop infrastructure (VDI), which has since become a common technology acronym. In November 2021, VMware spun off from Dell EMC, a move many predicted would provide VMware with the required freedom to continue its path of innovation.

In May 2022, Broadcom announced its plan to acquire VMware. VMware’s CEO Raghu Raghuram sounded optimistic about the move and the exceptional pace of innovation that would follow. However, many in the enterprise community view this deal with great skepticism due to Broadcom’s earlier track record with CA Technologies and Symantec. While these acquisitions improved earnings for Broadcom, the pace of innovation at CA Technologies and Symantec hit a snag due to the significant cost optimization they went through during their restructuring and integration into Broadcom. CA Technologies experienced a nearly 40% reduction in headcount in North America alone.

What will be the future of Carbon Black?

Because Broadcom owns Symantec’s enterprise security solution, which is well integrated into the Broadcom portfolio by now, it is possible that Broadcom will spin off Carbon Black, VMware’s own subsidiary that has enhanced the company’s security offering. This could happen for two reasons. Firstly, Broadcom has more to leverage with Symantec’s branding than Carbon Black’s. Secondly, to streamline operations and optimize the operating expenditure, Broadcom may opt to use a higher-profit solution that has better traction among its specific range of customers. From VMware’s perspective, spinning off Carbon Black and incorporating Broadcom’s suite of software could confuse its existing customers with a new set of solutions that may not be specific to their requirements. The proposed acquisition, thus, may hold a questionable future for Carbon Black.

Will VMware still be a choice for a diverse client base?

Broadcom operates in highly regulated industries, such as Finance and Healthcare. After it acquired Symantec, this company ceased offering services to many of its own customers and streamlined its services toward Broadcom’s accounts, which guaranteed larger returns. This created a vacuum in the global cybersecurity market, which Symantec’s competitors quickly filled in. With CA Technologies, Broadcom raised its renewal pricing, which not all clients could afford.

If VMware adopts the same strategy post this most recent acquisition by Broadcom, it will disrupt a very large ecosystem of companies with a wide range of businesses. Breaking away from the alliances VMware built with hardware and software vendors and cloud service providers could potentially create significant disruptions across the value chain of many customers.

Although Broadcom has expressed interest in acquiring VMware, it is not a done deal yet. While the acquisition awaits regulatory approval from the U.S. Federal Trade Commission, VMware has until July 5, 2022, to merge with another company that outbids Broadcom’s acquisition offer. In either case, ISG expects some disruption for VMware clients, with its competitors filling the void.

ISG is keeping a close eye on the developments and has extensive experience helping clients with both VMware and Broadcom technologies. Please get in touch with us for any assistance regarding this announcement. 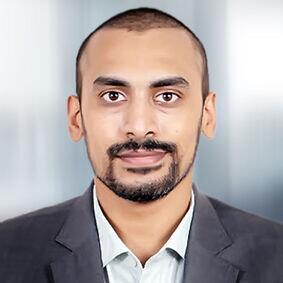 Rohan Thomas has nearly a decade’s worth of knowledge expertise in the realms of ICT, which include telecommunications, data centers, and networks and application performance management. At ISG, Rohan is the lead analyst for ISG Provider Lens™, leading research activities and benchmarking exercises pertaining to the regional adoption of digital infrastructure such as private/hybrid cloud. He has a Bachelor’s degree in Mechanical Engineering from Visveswaraya Technological University and a Master’s degree in Computer Aided Design and Manufacturing from Vellore Institute of Technology.