IBM confirmed it is selling off part of its Watson Health business to private equity firm Francisco Partners. The sale is apparently intended to reduce distractions from IBM’s growing focus on cloud computing and artificial intelligence (AI). But the sale also represents a significant deviation from IBM’s original hopes and plans for its role in the healthcare market.

That same year, IBM acquired Merge Healthcare Inc., “a leading provider of medical image handling and processing, interoperability and clinical systems,” according to the news release issued at the time. Merge was made part of Watson Health, with the promise of enabling clients to “analyze and cross-reference medical images against 315 billion data points already in the Watson Health Cloud.” IBM also said the combined power of Merge picture archiving and communication system (PACS) and the Watson Cloud would simplify everyday “study reads” of images for cardiologists, radiologists and physicians.

The Promise of Technology in Healthcare

IBM’s state-of-the-art development centers were resourced with young energetic talent, cutting-edge technologies and top-flight working conditions. Demos were awe-inspiring. Innovation was everywhere. Any visitor had to be impressed.

A short two years later, as Ginni Rometty spoke at a high-profile Healthcare Information and Management Systems Society (HIMSS) conference, MD Anderson was simultaneously pulling out of its relationship with IBM. In a scene worthy of a Hollywood movie, as Ginny spoke, smartphones in the audience were buzzing with the news of the severed relationship. “Those of us who were in the audience will never forget that moment, which in retrospect marked the beginning of the end for IBM Watson Health,” said Bob Krohn, ISG Partner and Healthcare Practice lead.

In many ways, the foundational principles of IBM Watson Health provided immeasurable benefit to patients and healthcare industry participants alike. However, IBM never found the right prescription to achieve return on its substantial investment in the effort. Published reports indicate IBM spent some $4 billion on acquisitions to breathe life into Watson Health but was only able to generate $1 billion in annual revenues.

The Challenge of Connecting Technology to Real Business Problems

The underlying reasons for IBM Watson Health’s precipitous fall are not completely understood. Business school case studies exploring IBM’s inability to monetize its innovation will be written for years to come. As Bob Krohn observed, “Move over Blackberry – you have competition for lessons learned in the ‘new normal.’”

As to why IBM Watson Health did not experience anything like the success its creators and promoters anticipated, ISG thinks there are several indicators. Clinicians, especially research clinicians, needed to be involved in creating Watson Health’s AI-powered solutions from the very beginning. Clinicians needed to be educated and consulted about how the sheer computing power of Watson could help produce better healthcare outcomes, such as the planned “moon shot” treatments for cancer. Those clinicians should also have been involved in development and evaluation of all elements of Watson’s contributions to their analyses of radiological and cardiology studies and insights, from initial data acquisition through the clinicians’ “reads.”

ISG’s advisors regularly help healthcare organizations with the challenges Watson Health was meant to address, including change management, digital transformation and value realization. Based on that collective experience, ISG believes the critical gap between Watson’s raw high-end computing power and the many data-intensive healthcare applications that could have benefitted from that power was not bridged well. If, for example, IBM Watson experts and clinical community champions had worked more closely together on new collaborative workflow designs – where the rubber meets the road, as they say – there could have been a very different outcome for Watson Health.

Changes in the Healthcare Industry

While we should always learn from the past, the future holds far more interesting questions.  How will Francisco Partners evolve the focus and commercial vision of Watson Health? Will Francisco Partners infuse the necessary business acumen to turn Watson Health around? There is a lot of cash on the sidelines among established healthcare companies and disruptors alike. The answers to these questions could cause significant movements of those funds.

in 2021 that are relevant to payers, including companies specializing in hybrid cloud, DevOps, and AI. For healthcare providers, IBM offers tools, insights, workflows and a flexible technology infrastructure to foster system interoperability. It has recently introduced the IBM Imaging AI Orchestrator, which is a cloud-based AI service that provides imaging organizations with scalable access to AI applications that adhere to regulatory standards.

There are nonetheless significant questions about IBM’s future presence in healthcare. What will that presence look like? What healthcare-related assets will IBM retain? Does the company’s ever-sharpening focus on platform-based hybrid cloud computing and AI incorporate any of those remaining healthcare assets?

These and other questions make IBM’s latest healthcare moves a cliffhanger worthy of a daytime TV drama, according to ISG’s Krohn. “But for those of us who research and advise the healthcare industry, it is all too real.” 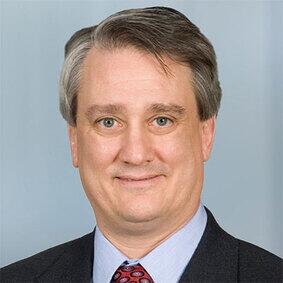 Robert “Bob” Krohn is a Partner, Healthcare Practice Lead and Manufacturing Practice Co Leader at ISG. He has an extensive background in business process optimization, organizational design and execution including the direct oversight of numerous outsourcing contract negotiations. Bob is an ISG Digital Expert and a speaker/ blogger on emerging trends in Healthcare.

How Secure Is the Healthcare System?