The year 2020 was a turning point for the mobility industry. That is when original equipment manufacturers (OEMs) and Tier 1 suppliers began realizing the practicality of electric mobility. Several OEMs started investing in electrification technologies in the pre-pandemic era, and most of these were in the prototype or development stages when the pandemic hit. The popularity of the Tesla 3 model triggered a revolution of sorts ― OEMs realized that electric mobility could be produced for a mass market. This was further accelerated by Tesla Y, resulting in a foundational belief that electric vehicles (EV) will run the future.

Companies were quick to build the necessary processes that would allow them to get relevant products to market. Each OEM wanted to introduce its own EV and began creating a partner ecosystem around this vision. Honda, for instance, began collaborating with Sony to realize its EV ambitions. Such developments in the overall ecosystem percolated to the Tier 1 level, enabling these companies to build capabilities that would expand their respective businesses.

The aviation industry also joined the electrification bandwagon, with major market participants such as Airbus and Boeing aggressively launching and promoting their all-electric aircraft programs. The North American market witnessed progress in concepts such as vertical take-off and landing (VTOL). The ERD service provider fraternity leveraged this opportunity to engage itself across phases of ideation to incubation to scaling manufacturing of these innovations. Moreover, involvement in these programs enables cross-vertical value propositions, which in turn, benefits the overall industry.

This article identifies some of the salient features, existing dynamics and challenges presenting the electric mobility ecosystem.

Electrification Grows after a Muted 2020

Several Tier 1 providers, including power and battery management companies, piggybacked on the initiatives and success of the OEMs and went into overdrive to win engagements. Thus, there has been a 180-degree shift in the OEM segment away from the ways it conducted business in the past. This has, in turn, influenced Tier 1 providers and their quest for electrification.

The market has witnessed several projects around electric powertrain, inverters, converters and other engineering dimensions across the OEM ecosystem. Electric powertrain and the associated components such as motor, inverter, converters, battery and battery management systems have been at the center of these innovations. These components have come together to align well for the automotive industry. The providers that have gathered some experience in this space in the last few years and have contributed to this confluence of Tier 1 and OEM ecosystems have gained an upper hand over other players. However, a few initiatives have suffered due to the dearth of talent and resources, which in turn, has impacted long-term contracts and program-specific engagements.

Indian-heritage engineering service providers have been successful participants in several Tier 1 engagements over the last year. The market witnessed a rise in the number of $100 million deals because of this heightened activity in the Tier 1 segment. A couple of years ago, service providers were mainly winning all-inclusive product engineering engagements from Tier 1s, but now this cohort is party to several Tier 1 program-based hauls, where the Tier 1 providers are getting projects from the OEMs, which in turn, get transitioned to the providers. Thus, the ER&D spectrum, which once restricted itself to deals in the range of $7 to $10 million, can now push the envelope, chasing deals amounting to $100 million as the companies collectively bring about a paradigm shift.

A number of ER&D specialists entered this space with power electronics capabilities and significant structural engineering prowess. The system integrators have been exploring opportunities in the new-age automotive space and some of these players are making concerted efforts to make a mark in the electrification domain. Expertise in electric powertrain engineering has enabled these ERD providers to sign a few large deals with these players, veering their experience toward different aspects of mobility.

Some of the recent examples include engagements with companies developing trucks for recreational activities, utility vehicles for airport functions and mass transit and vehicles for logistics. Also, peripheral activities, such as developments in technologies aligned with advanced driver assistance systems (ADAS), battery and battery management systems (BMS) have driven providers to sign deals at every layer of the value chain; a few of the bigger players are on the verge of scaling these contracts. LTTS, for example, presents significant capabilities in BMS and the associated engineering dexterity in electrification, which is attracting invitations to participate in key programs, especially the ones involving large-scale vehicle integration.

To enable customers to unlock the full potential of their battery technologies, a few system integrators have invested in verification labs for testing batteries of various compositions, ranging from 12 or 48 volts to very high-voltage capacity. This investment in infrastructure becomes more relevant as the off-highway segment, which typically requires high-capacity batteries, ventures into the EV arena.

Electrification is gradually finding its way into mid-tier aircraft. It is not expected to impact the larger aircraft for a while since battery management is a safety requirement in aviation. However, several market participants are anticipating a paradigm shift in the maintenance, repair and overhaul (MRO) segment, particularly in the context of next-generation MRO components and systems that need to be handled and put together. Furthermore, as electrification becomes a reality, the industry is witnessing the unveiling of several new and ambitious use cases ― from commercial aviation to air taxi applications that can disrupt commute in high-density urban localities. These applications will operate on a different scale in terms of form factor but are expected to impact aviation nevertheless.

LTTS’ engagement with Canada-based electric VTOL (eVTOL) frontrunner Jaunt represents one such use case, with electric VTOL (eVTOL) as a testament of that impact. The company has designed a wing structure and rotors that can expedite the FAA and Transport Canada certification. Apart from disrupting aviation, this engagement with Jaunt is of great strategic significance for LTTS. Jaunt is backed extensively by the Canadian government and could be a potential replacement for Bombardier. An intense, technology-focused engagement with Jaunt could catapult LTTS to become one of the most preferred engineering and R&D service partners in Canada. ISG expects residual business from each of the partner entities as the engagement progresses.

Despite extensive investment in electrification technologies, certain global events could hinder these developments. The relatively strong growth guidance projected by IT services companies for 2022-2023 has come under threat. This is largely due to the possibility of the U.S. economy slipping into recession later this year. Global macroeconomic trends, as a result, have set off alarms for ERD providers, which are expected to face a growth headwind. Several next generation IT services suppliers may fall prey to this meltdown, which may in turn slow down the adoption of sustainable technologies (such as electric mobility) by manufacturers. As the impact grows stronger with rising inflation, the transportation industry will be more cautious with their investments in unconventional technologies and recede to a sure-fire mode of business, mostly around developing and delivering fossil fuel powertrains.

The engineering and R&D services segment is undergoing a tectonic shift with respect to the complexity of the projects awarded, the value of these projects and the adoption of new and sustainable technologies. Electrification is one such trend and the market participants ― OEMs and Tier 1 providers ― have expressed their openness to related developments. The LTTS-Jaunt engagement is a testament to the maturity of the ER&D segment and the capabilities of Indian-heritage service providers in this space. 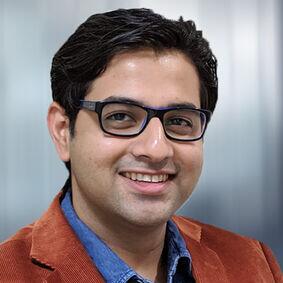