On August 10, 2021, the U.S. Senate passed the much-anticipated bipartisan infrastructure bill, which now advances to the House of Representatives for further consideration. The question for utilities to consider is what is the probability that it will pass, and if it does, what are the implications.

While the bill is broad reaching, several of its provisions directly impact U.S. utilities. Foremost among the measures is $73 billion earmarked to modernize the nation’s electricity grid so it can carry intermittent renewable energy in a reliable manner. This is the single largest federal investment in power transmission in U.S. history.

Those who were in the industry during the era of the 2009 American Reinvestment and Recovery Act (ARRA) will remember that its impacts on the industry were far reaching. For many utilities, it accelerated the now nearly ubiquitous advanced metering solutions more commonly called “smart metering."

To put both the 2009 program and the current bill in perspective, it is instructive to recall that ARRA invested $4.5 billion in the utilities sector to modernize the electric power grid — matched by private funding to reach a total of about $9.5 billion. Of the $4.5 billion, $3.4 billion was used to help the industry accelerate the deployment of advanced technologies that are now keeping the lights on more reliably and efficiently and reducing costs. The 2009 Recovery Act also provided funding for more than 50 smart grid workforce development projects.

How will the new infrastructure bill impact utilities?

ARRA was managed as a grant process and reported on as the Smart Grid Investment Grant (SGIG), which made up the majority of the Act, by the U.S. Department of Energy (DOE). Awards were made on a project basis with 99 competitively selected projects for more than 228 participating utilities. 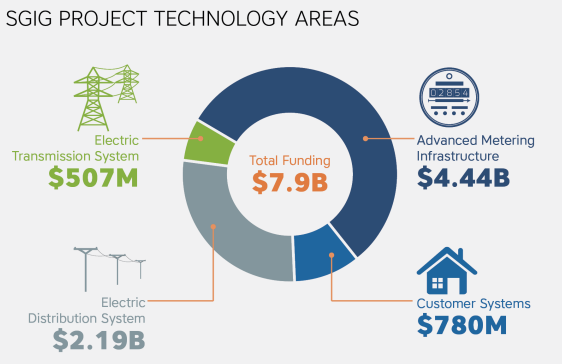 The DOE is an organization with a long memory. In its 2016 report, the DOE noted that many utilities had untapped opportunities to maximize smart grid technologies and that cybersecurity would continue to be a critical component of utility operations. Expect some of this same thinking to influence how the DOE reads and prioritizes projects should the current bill be signed into law.

How should utility CIOs prepare for HR 3684? While it is too early to start pulling team members from active projects, it is not too early to consider how you may respond should the bill be enacted. Here are three suggestions:

ISG helps utility companies plan and prepare for changing regulations and maximize their chance for government funding. Contact us to find out how we can help your organization.