The benefits of mentoring can have an invaluable effect on an organization. It brings out the side of human nature that allows us to be of great service to each other. We see each other and we understand each other's needs to grow and evolve personally and professionally. A corporate mentorship program happens in pay-it-forward chains, where your mentor has a mentor, and the chain continues. It's a professional, living legacy.

Here are five key reasons you need to start a mentoring program now at your company.

ISG has vast experience in building initiatives and training mentors and mentees in many sectors. Our vision is to see a world where everyone has an effective mentor. We can help you reap the benefits of mentorship and DEI sponsorship by developing training and strategies that help you create a happier, more productive and diverse workforce.

January is National Mentoring Month. Contact us now so we can get started building your vision together. 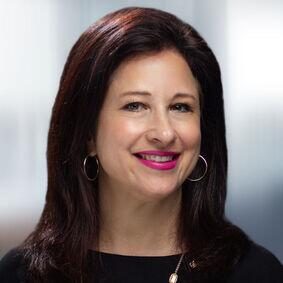 Julie Kantor serves as an ISG director committed to building mentoring cultures and a happier, more inclusive workforce. She previously led a corporate consulting firm focused specifically on helping clients to build capabilities in leadership, culture and employee engagement, as well as diversity, equity, inclusion and belonging (DEIB). This includes turnkey corporate mentor and sponsorship solutions. Julie has about 25 years of experience in workforce development with well-known names in media, finance, healthcare, hospitality, retail, technology and other sectors. She has authored more than 40 seminars on management, leadership and professional development. She received her bachelor’s degree in communications and English from Simmons College in Boston, and she’s a graduate of Leadership Greater Washington. She also served on the national board of ActiveMinds.org, an organization dedicated to promoting mental-health awareness and education for young adults.

6 Steps to a Successful Transformation

Never-Normal: It’s the End of the World as We Knew It