I hope none of you experienced firsthand the air travel meltdowns of the past couple months. Quite likely, legacy mainframes struggling to run sophisticated new applications were at the core of the problems. We’re well aware when we riff through the growth rates of various industries and service sectors in our quarterly ISG Index webcast, the numbers often reflect what’s happening in the real world.

In the 4Q22 Global ISG Index™ webcast last week, our data showed unprecedented demand for technology services. But enterprises are spending differently on technology these days. They’re buying smarter, focusing on cost optimization rather than simply cost cutting. Digital transformation continues uninterrupted, but many major projects are being self-funded or geared toward stronger ROI in the near term.

Supply-side disruptions are beginning to return to normal, and so are attrition rates that had pushed up pay for scarce tech talent. Stabilization in the workforce will take the upward pressure off salaries.

In our webcast, we broke out the fourth-quarter performance of various sectors and looked at the year as a whole. The global combined market started the year strong but slowed as the year progressed. The $23 billion in annual contract value ACV in the final quarter of 2022 was the lowest since 2Q21, when the world was beginning to emerge from the pandemic. Low demand for infrastructure-as-a-service weighed down the market, in large part due to the tech sector in China, burdened by lockdowns and strict government regulations.

Global combined market ACV for the full year came in at $94.6 billion, a growth rate of 6.5 percent over the prior year. But when we remove the $2 billion drop in ACV in the China tech sector, the annual growth rate more than doubled to 14 percent. That’s the rate we’ve typically seen in the past five years.

For the sixth consecutive quarter, managed services ACV stayed above $9 billion. The $9.3 billion in the fourth quarter came primarily from restructurings, marking a shift away from new scope awards. The full-year ACV of $37 billion was fuelded by a record number of deals — more than 2,600. More than half were contracts of less than $10 million, but 25 megadeals also were inked, the most since pre-pandemic 2019.

As-a-service ACV shrunk to $13.6 billion this quarter, which is down 12 percent from the fourth quarter of 2021. Again, this sector was hit hardest by the struggling China hyperscalers.

Growth in the Americas followed a path similar to the global markets, starting strong then slowing throughout the year. For the first time ever, the quarterly combined market ACV in the Americas posted three consecutive quarters of sequential declines. Managed services posted a solid $4.5 billion in ACV for the quarter, which included a record $3.3 billion in new scope awards. Over the course of the year, more than 1,300 managed services deals were signed in the Americas, a new high. As-a-service ACV edged below $8 billion for the quarter, as it did last quarter.

Combined market ACV in the fourth quarter in EMEA remained above $7 billion for the sixth quarter in a row, yet the negative growth rate quarter over quarter and year over year indicates a market slowdown. Managed services finished the year on a weak note, as it did in 2021, and was the only quarter this year to fall into the red. As-a-service ACV of $3.8 billion for the quarter continued a run of six consecutive quarters above $3.5 billion. But its barely noticeable growth reflects market tightening, given that growth in the prior quarter was more than 5 percent. Its annual growth rate of 17 percent was half that of 2021.

Asia Pacific felt the China tech woes the most. The China hyperscalers turned what could have been a 10 percent increase in ACV for the quarter into a 33 percent drop. Managed services, on the other hand, had its second-best quarter ever and signed a record-high 100 deals, much of it new scope.

Globally, some of the omens we noted at the end of the first half, particularly in SaaS discretionary spend, darkened and seeped into IaaS. But we’re optimistic about 2023. We think central banks are coming to the end of their interest rate hikes. China is reopening, and the U.S. dollar has settled down from its recent peaks, which should help the currency-exposed technology sector. Supply chains are easing, and XaaS providers are rebalancing after their hiring spree during COVID.

Given softening demand, among other factors, we forecast a 17 percent growth rate for XaaS in 2023, quite a bit lower than we’ve set for the past several years.

With managed services reprioritizing spend and shifting toward cost optimization, coupled with greater stability in the labor market, we estimate growth of 5 percent for 2023.

To get a fuller picture of current market dynamics, view the 4Q22 Global ISG Index™ webcast replay, presentation slides and press release on our website.

For a quick video summary, I encourage you to watch the latest edition of “The Big Three: Takeaways from the 4Q22 ISG Index™” on the same page or on YouTube.

Finally, we invite you to sign up for our weekly ISG Index Insider briefing. We’ll host our first-quarter 2023 ISG Index call on April 13, and invite you to register now for the event. 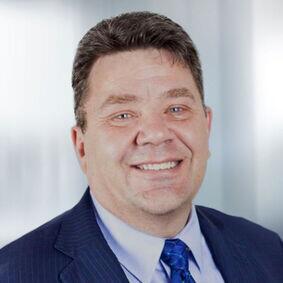 As the leader of ISG’s business in EMEA and an Executive Board Member, Steve provides strategic insight and advice to help ISG’s clients solve their most critical business challenges, helping them adopt and optimize the technology and operating models they need to compete successfully. In particular, he uses his long experience and broad expertise to challenge and inspire them to think about their risks and opportunities in new and unexpected ways.

Steve leads his team’s engagement with clients with an industry-recognized and highly valued perspective on the most important trends in business and technology. He asks and answers the big questions: Why do you need to transform? What’s your best way forward? What do you need to accelerate? And where should you invest your technology dollars to make it all happen?

Among his many client success stories, his ability to take in the big picture, define the problem and connect the dots to the right solutions helped one legacy postal and shipping giant transform itself into a modern logistics powerhouse. He also guided a global energy industry leader through a complex operating model and IT provider transition, helping them see past the obvious cost cutting measures to identify the root causes of their challenges—and delivering savings far beyond what they had imagined.

You Don’t See This Too Often: A Down Market for IT and Business Services

Global IT and Business Services Market Shows Signs of Slowing

Talent Shortage, Rising Costs Could Impact IT Services in 2022