Strengthen your relationship with IT and specific automation stakeholders

A maintenance and support strategy should include specific components; the first is about stability. Why do automations break in production? There are several reasons:

Any of these scenarios can happen at any time in the automation environment, creating a lack of visibility into changes until they occur in production.

The second component of the maintenance and support strategy should be benefits realization. Many would say that, once the automation is developed, the benefits are calculated and the team should move on to the next one. And for the team developing the automation, that is correct. But this misses a potential “boost.” Part of a true maintenance and support strategy is continuously evaluating the current automation estate to determine how additional benefits and value can be brought forward. This requires a close relationship with the associated business stakeholders.

Consider automation A, which is being used by the Finance organization. A monthly governance meeting between automation stakeholders for automation A (and other finance automations) and IT will help confirm the following:

Automations should undergo a yearly health check to evaluate ongoing benefits to the appropriate stakeholders. Do not leave an automation to run in perpetuity. Opening the dialogue with the business and IT in a monthly governance meeting will give you an opportunity to discuss how to bring additional benefit.

If you are a business stakeholder working with digital labor and automations, have you ever looked at the automation output and then spent another hour or two manipulating it? Or taken the output and then performed two or three additional steps that could be automated? This is the “boost factor.”

Benefits of existing automations can be boosted simply by exploring possible extensions to the front or back of what has already been built. This is not limited to RPA – consider all forms of automation technology to boost the benefit! This is often a missed opportunity for both opening up dialogue with the business and maximizing the value from automation.

Begin by creating an automation inventory that lists the associated automations, stakeholders and application interactions, including application environment availability, benefit metric measurement, bot/automation ID, health check date and common object usage. This will also help when IT informs the CoE of an upcoming upgrade or application change; the inventory can be used to identify which automations are impacted.

Identify your approach to staffing maintenance and support – consider a partner

Last but not least, don’t forgot the people side of maintenance and support. If you’re reading this, you might be saying to yourself, I have fewer than twenty automations, so this seems like overkill. But I would ask you to consider why you have only twenty automations? It is likely you are unable to scale because of a lack of reliability, maintainability, governance, communication or strategy related to maintenance and support.

A dedicated maintenance and support function is required for an automation program to be successful.  Resources need to be focused on maintaining the automations as well as performing enhancements and “boosting” the existing automation estate. Additionally, the platform requires occasional care and feeding to keep current and ensure new releases are tested appropriately. Many automation programs try to do this in-house and typically fail.

Maintenance and support is considered by many to be unglamorous grunt work. It can be hard to identify resources who want to do this work and then want to keep doing it. Turnover and attrition are high. Once an individual is experienced enough with the platform, they often want to work on new development. This is one of the reasons why we see in-house programs fail and why the task of support may fall to the developer who built the automation.

As someone who personally worked in maintenance and support for almost a decade, I will say it can be a very exciting role. Consider how your CoE will position this role and the potential for career growth. Consider the following:

How should you staff your maintenance and support team? Consider the needs of your automation program, the growth in the coming years as well as your expansion into other automation technologies.  It may make sense to get help providing this function from a partner. However, if your program is staffing this team in house, ensure you have solid roles and responsibilities along with a clear job description, identify a career progression plan for the team members and treat the maintenance and support team as a critical part of the overall program.

There is absolutely no need for an automation CoE or program to struggle with scaling if there is executive commitment to the program. A strategy for maintenance and support is critical to elevate automation benefits. If you are struggling, ISG can help. Contact us to get started. 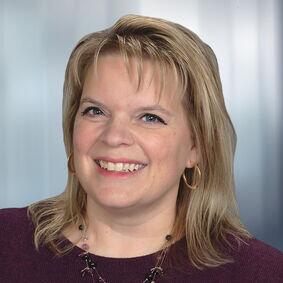 Tracy Lipasek is an experienced advisor with more than 25 years of experience in Information Technology, process automation, transformation, leadership and software development. Her experience includes work for EDS and HP. Currently, she is a partner within ISG Automation responsible for global delivery of Intelligent Automation services.

Bots and Beyond Episode 39: Why You Need to Address Culture to Unlock Automation Success

What Is the Business Value of Intelligent Document Processing?