Many economists predicted the decline of the check with the rise of electronic transactions, but few envisioned the elimination of cash in day-to-day life. Can you imagine a cashless environment in which every transaction is digital in nature and ATMs are gone from the landscape of banking? The global adoption of digital currency is edging the world toward a new age of commerce.

Digital currency is a relatively new concept, born out of the dot-com era of the 1990s. Early introductions from eGold and Liberty Reserve were closed down by the U.S. government due to solvency concerns and money services business (MSB) licensing requirements. Today’s digital currency was developed on blockchain distributed ledger technology with the introduction of Bitcoin in 2009.  Blockchain technology has legitimized the use of digital currency and paved the way for global adoption by creating an auditable transaction log reported to all users with every transaction. The technology provides users and investors with safeguards and accountability against fraud and hacking of the currency’s supply and value.

Blockchain provides a centralized and distributed ledger for all transactions on the system or “block.” Each participant within the block uses a unique key, which is generated by the block and validates their existence and participation. Each time a transaction is posted to the block, a time stamp and unique transaction record is created and reported to each participant. This reporting record makes it impossible to modify a transaction within the block without corrupting the reporting sequence. Blockchain technology is key to the development and expansion of digital currency but also has broad application across many industries, such as medical record keeping, real estate contracting and supply chain management.

In addition to advances in technology, social and economic factors also have been driving the acceptance of digital currency. Internet expansion and the growth of online e-commerce has reached staggering proportions. Global business-to-consumer (B2C) e-commerce has risen from $1.336 trillion in 2014 to $3.453 trillion in 2019 and is projected to reach $6.541 trillion by 2022. The majority of e-commerce transactions today are settled through credit card networks and bank-to-bank payments with half of these transactions being initiated through a mobile device.

The global COVID-19 pandemic also has raised concerns about the handling and transfer of physical currency in day-to-day transactions. Younger generations rarely maintain and transact with cash as credit and debit card transactions and mobile phone applications have minimized the need for it. This shift is further illustrated by a 2018 U.K. study that found more than half of all in-store card-based transactions were contactless, which means they did not even require the consumer to touch a keypad. As technology and development of mobile phone applications continue to expand in the e-commerce marketplace, the move to a cashless society will continue to accelerate.

On March 9, 2020, the Cryptocurrency Act 2020 was introduced as a bill to the U.S. House of Representatives to establish rules and classifications for digital currency. The bill looks to define categories for cryptocurrency, crypto-commodities and crypto-securities and set parameters under which these categories will be regulated in U.S. markets. The bill is far from being approved, but the proposal sheds more light on the digital currency marketplace and highlights how it’s becoming more mainstream with the need for central government oversight.

Outside the U.S., a consortium of central banks from Sweden, England, Japan, Canada, Switzerland and the European Central Bank are examining a central bank digital currency (CBDC). This process started in 2019 and has gained significant attention in global finance circles. The Bank of China also is looking to develop a digital currency for the yuan to help keep pace with the changing landscape of global commerce. The primary difference between existing digital currency and the efforts of the central banks is that CBDCs would be tied to an existing currency and have the backing of the banks as legal tender – further evidence of digital currency’s growing legitimacy.

How will commercial banks and the average consumer be impacted by the expansion of digital currency? One perspective is that digital currency will become another liability on the commercial banks’ balance sheet as corporations and consumers embrace and begin to operate in the digital marketplace. Digital currency deposits will be supported by the central banks and tied to currency valuations and traded as the dollar, yen, euro and pound are traded today. An alternative point of view is that digital currency will become the high-value payment mechanism that will be used for government funding, global trading and securities trading settlement.

ISG helps enterprises understand the evolving global marketplace for financial transactions and assists banks and non-bank financial institutions prepare for changes that will impact their business. Contact us to learn more. 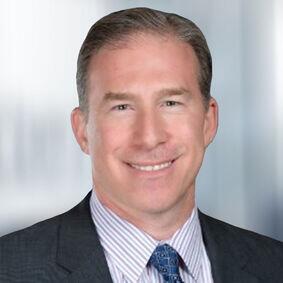 Jay Woldar is a Director and senior account manager in our Banking and Financial Service group. Jay is responsible for a portfolio of the largest banks in the US across the broad spectrum of ISG’s offering.