Go back to the first video in this series, Top 3 Megatrends in 2023.

I know whenever I see announcements from the hyperscalers, they have a lot around industry cloud, which, maybe a few years back, was not a thing. So, there is definitely a lot of focus in terms of the offerings around specific industries. Let's dive into that one. Go ahead and explain why industry specialization is such a key trend coming up.

But is connected car an example of automotive connected industry cloud?

Now, each battery has three life stages. The first, of course, is in the car. The second is outside the car after its first fit and the third could be in a battery farm. Now, how do you manage that end-to-end – this could be battery as a service. Now, how much of this has nothing to do with the battery, rather it has to do with the platform on which all these services are running.

There you go. You have an industry cloud for battery as a service.

So, you see what we just did?

We looked at automotive, we took a sliver of it and said, there's the industry cloud for it. I think that's a good example of how I think things are going to be much more purpose-built as we go forward. It's much easier to talk about which cloud to do this on instead of saying which industry cloud. Ask: What's the right mix of cloud plus assets plus edge plus AI to make this happen?

And Prashant how do you – like we talked about hyperscalers that's an obvious one – but I'm seeing industry cloud focus from ERP vendors, from CRM vendors. All the big global systems integrators have a focus on this.

What are the changes in how a Fortune 500 company would orchestrate their ecosystem of partners as they delve into this area of industry cloud?

You raised a good point of ecosystems. We are seeing more of more and more of that happen as data becomes something that you can monetize. So, let's take an example in the health care sector. We're seeing health care providers, payers and provider platforms starting to come together in such a way that you don't know where one stops and the other starts. The processes of each company are getting enmeshed with the other to the point that the boundaries on which the revenues are being made are also changing. They are fleeting.

Companies are stopping to think, not only about themselves but saying, “okay, what's my role in the ecosystem?” The minute their role in the ecosystem changes their platform, players start emerging. The minute platform players start emerging, and they are in the industry ecosystem, now imagine who should really play a role in industry cloud. Should it be a system integrator or hyperscaler or should it be some of these Fortune 500 companies themselves? That's the answer we need to look for in the next six quarters.

Maybe along those lines, to close this section out: What is your advice for any organization that's been dabbling with industry cloud? They know it's something that's coming. Maybe they’ve got a couple of, you know, tiny wins, but they see this wave coming and they want to harness it. What are the steps they should take as we move into the calendar year so that they can help maintain a competitive advantage by taking advantage of industry cloud?

I think if there's one motto, we should do this all under as a collective, the motto is: profit from the core. If you go back to think:

We can’t just say “via AI and insights,” rather we must start saying and doing applied AI and insights; keep putting the business outcome first instead of saying technology first. Instead of saying cloud first, mobile first, AI first. Instead ask: What's the business outcome first – the outcome that I know I can do because I know how to profit from my core? That's the first step towards industry cloud, because you as a firm will be the only ones who can realize this end-to-end stack.

You start seeing some of this happening, for example, in what Johnson Controls does with their Open Blue platform, it's building automation. That is a good example of industry cloud.

Continue to the next video to dive into Trend #2: Servitization, a Product as a Service Movement. 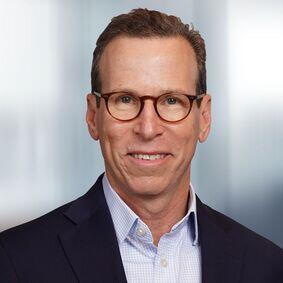 As leader of the entire client experience, including all marketing and communications globally, Paul takes a hands-on approach to the firm’s digital and product marketing, partnerships and alliances, sales enablement and corporate communications. In overseeing ISG research, Paul has strengthened the offering so that it resonates deeply with technology providers and enterprise service providers and is a go-to source for in-depth knowledge of technology trends and advancements. Paul’s purview is underpinned by his steadfast commitment to market technology and how it can be used to grow both ISG’s and clients’ businesses.

Paul’s experience as a brand evangelist, message creator and full-stack marketer position him perfectly to ensure that ISG’s value proposition is well articulated and its brand impact far-reaching. He has managed teams located across the globe, championed memorable communication and developed a talent of looking beyond black-and-white KPIs to determine whether a marketing strategy is actually effective. 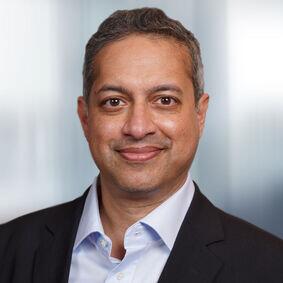 Prashant Kelker is Chief Strategy Officer of ISG, Partner of ISG Americas Consulting and a member of the ISG Executive Board (IEB). He was named to the IEB in January 2023. Prashant was appointed Chief Strategy Officer in 2018, responsible for developing the firm’s three-year strategic blueprint, and he was instrumental in the development of our highly successful ISG NEXT operating model in 2020.

In January 2023, he was named to the expanded role of Partner, Americas Consulting, bringing together all our advisory capabilities in the region to support our commercial and public sector clients in response to the growing convergence of digital technology and enterprise operating models, business processes and revenue-generating connected products and services.

Prashant joined ISG in 2012 from Accenture, initially working for our DACH business and based in Germany. He moved with his family to the United States in 2018. Prashant earned his MBA from the Indian Institute of Management in Bangalore and a BE in electronics from Bangalore University in India.