Blockchain in IoT: A Vital Transformation

The Internet of things (IoT) is transforming the way enterprises operate through the use of sensors and other edge devices and infrastructure. This presents a major challenge for enterprises, which must protect information at all levels of the IoT ecosystem. With the number of connected devices growing multifold every year, data security has become increasingly complex. Blockchain is helping combat security breaches in an IoT system.

Blockchain is a distributed ledger technology that combines with IoT to make machine-to-machine transactions possible. It uses a set of transactions that are recorded in a database, verified by multiple sources and entered in a common ledger distributed across every node. The combination of IoT and blockchain offers various potential benefits and allows a smart device to function autonomously without the need for a centralized authority. It can also track how devices communicate with each other.

While the decentralized nature of blockchain is an architectural benefit, it can be a potential problem for IoT. IoT platforms rely on client-server or hub-and-spoke architecture, which is a centralized authority. Building an IoT platform that is decentralized in nature will help ensure compatibility with a blockchain network, but it can be a challenge to configure IoT sensors to handle their own compute and data storage, since they rely on central compute and storage resources.

Blockchain has been implemented with IoT across industries, including Banking, Financial Services, Automotive and Agriculture. It has also been used with IoT in smart homes, supply chains, logistics and a new mechanism called smart contracts. Smart contracts apply blockchain to IoT ecosystems to automatically execute a contract once certain conditions are met. This is what allows a smart device to function on its own without the need for a centralized authority.

This application of blockchain technology allows enterprises to manage data on edge devices in an IoT system, reducing costs associated with IoT device maintenance and data transfer. It reduces the risks of managing data, because there is no centralized data repository and the ledger is not vulnerable to cyberattacks. It eliminates the IoT gateway or any other intermediate device for data exchange and reduces the time required to process the data.

Blockchain imposes high-level security by authenticating and authorizing encrypted device-generated data with the help of decentralized, distributed ledgers. In a distributed ledger, data computation and storage are spread across millions of devices. As a result, the failure of a device, a server or the network will not affect the entire IoT ecosystem, as it might in the traditional model. In many cases, the resiliency of a blockchain network will approach fault-tolerance, where the network can continue operating if nodes are taken offline.

Due to weak access control and client/server architectures, many IoT ecosystems present soft targets for hijackers. Distributed denial of service (DDoS) attacks, which disrupt normal traffic to connected devices by overwhelming the target or surrounding infrastructure with a flood of internet traffic, have become more frequent. The Mirai and Hajime IoT botnets exposed the vulnerability of connected devices to DDoS attacks. IoT devices and networks can be protected from botnet-driven DDoS attacks with the distributed security architecture of a blockchain. In this architecture, every device in a network is independently secured with a blockchain peer-to-peer network.

IoT-blockchain technology is now in its initial stages, and a few major technology companies have begun to seek opportunities in this space. For example, the IBM Blockchain Platform allows enterprises to extend blockchain into cognitive IoT, a set of technologies that combines IoT and cognitive computing.

The adoption of IoT-blockchain technology is not yet widespread due to technical concerns and operational challenges. Scalability and storage are major issues in blockchain systems that maintain a large centralized ledger and storing the ledger on edge nodes is inefficient since smart devices at the edge are not yet capable of storing large volumes of data or handling relatively large amounts of computational power. These factors are some of the challenges for shifting IoT networks onto blockchain platforms.

Though the concept is still in its infancy, it is likely to have a massive impact in the coming years. Implementation of standard security rules and regulations will encourage the adoption of IoT-blockchain technology. By introducing new standards of data transparency and peer-to-peer communication, blockchain can add a new degree of security to the internet.

ISG helps enterprises and service providers explore the best uses of blockchain in combination with IoT to solve business problems and stay ahead of competitors. Contact us to learn more. 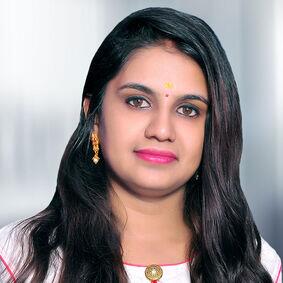 Monica K is the senior research analyst for the internet of things, digital business transformation and cyber security studies as part of the ISG Provider Lens™ program. She also has experience in researching technologies such as robotic process automation, blockchain and artificial intelligence. Monica has been working with ISG for the past one and a half years and takes part in analyzing service provider information through primary and secondary research. Additionally, she engages in delivering ad-hoc requests from providers and advisors.

Using OCM and Communications to Prepare for Big IT Changes

How CIOs Can Hold on to their New Pandemic Power