The Automation Journey: From No, to Know, to Now

How much difference can automation make?

I’ll give you an example. A global banking and financial services firm with more than 50,000 employees recently implemented robotic process automation (RPA) to automate a process that – until then – required highly paid traders to spend multiple hours a day extracting data from one system and inputting it into another. With relatively inexpensive RPA software, the company freed up those traders to do more important work, cut turnaround time by more than 90 percent and completely eliminated the chance of human error, saving it upwards of a million dollars per quarter.

Examples like this abound. A single robot can be trained to carry out a variety of processes, automating the exact functions – keystroke by keystroke – that have been traditionally performed by humans. A company need not face its process demons before automating them, so the upside is relatively quick and low risk.

Although more expensive and time consuming to deploy, emerging cognitive solutions are showing they can analyze data to identify patterns and probabilities and even learn about the tasks they are performing, creating a feedback loop for machine-led continuous improvement.

But are companies really game? And how fast are they moving toward their robotic future?

Behind the scenes of even the most innovative and fast-moving companies runs the complex – and sometimes cumbersome – machinery of the back office. It is the critical and often repetitive work of these business support functions – processes like IT ticket monitoring, billing, collections, recruiting and invoicing – that power business operations and growth. Make these processes more efficient, and the whole machine runs faster. Help these employees accomplish more work, and the whole business benefits.

To get a better view of the changing nature of the automation landscape, ISG asked more than 500 business and IT leaders about their current use of and future plans for automation and artificial intelligence. Respondents represented small companies (1K-5K employees), midsized companies (10K-25K employees) and large companies (greater than 25K employees) in the U.S. and Europe from a range of industries, including banking, insurance, manufacturing, pharma, retail, life sciences, hospitality, transportation and business services.

What does this mean for human workers? Will the back office of tomorrow be completely devoid of life while self-managing algorithms churn out work around the clock?

Here’s where our research got interesting. We found that automation is not replacing jobs. A full two-thirds of respondents claimed their automation initiatives are primarily focused on automating specific tasks within a business process. They are using a software robot to transfer data from one enterprise system to another, for example, or to complete an invoicing transaction. This mean humans and software robots are working alongside one another. Nearly three-quarters of those we surveyed said automation and AI will free up their staff to work on more important strategic initiatives – or simply take on more work.

The majority of companies today spend as much as 70 percent of their IT budget running the business and keeping the lights on, which means the CIO cannot make headway on his or her never-ending list of new initiatives and emerging technologies.

Without automation, this problem is intractable. With automation, companies can reduce operating costs and repurpose workers so more human creativity and more brain power can go to new digital business initiatives, increased cybersecurity protection or better integration with customers and business partners. In short, the innovations that protect – and grow – businesses.

For many, the initial reaction to automation is “No.”

Leaders perceive too many risks, too many unknowns. But, over time, they see firsthand the tremendous value they can unleash with automation.

Once they learn that the promise of automation is bigger than all their re-engineering efforts put together, “No” turns to “Know.” As more and more companies pilot and productionize automation and AI technologies – in today’s “Now” stage – they no longer need to worry about how they measure up to legacy financial process benchmarks from the market; they simply conduct business more quickly and inexpensively.

Critics of automation often point to ATMs as an example of how technology eliminates jobs. But the facts don’t support this version of the story. According to the Federal Reserve, when the first ATM was installed in the U.S. in 1969, there were 300,000 banks tellers. By 1980, there were 18,000 ATMs and 400,000 tellers, and by 2014, there were 400,000 ATMs and nearly 600,000 tellers. Clearly, tellers were doing many other activities besides doling out cash – and clearly the relationship between automation and jobs is more complicated that many like to think.

Here, too, in today’s enterprises, automation and AI technologies are repurposing – not displacing – human workers. Over time, as these technologies inevitably advance to take on entire roles and indeed replace humans, this dynamic is likely to shift. But, as it does, it will also have a countering effect, helping companies address market opportunities more quickly and lower the cost of production – advantages that will allow them to create new jobs.

There is no question that automation and AI will be instrumental in fending off fast-moving competition or even digital disruptors that are difficult to anticipate. Enterprise leaders need to move beyond NO to KNOW, then quickly into NOW – not only because automation is faster and cheaper than business process re-engineering, but because it frees up staff to do the work that will revolutionize their business, not the work that will merely sustain it.

This article originally appeared in Datamation. 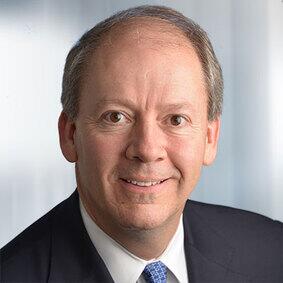 Todd Lavieri is Vice Chairman of ISG, working closely with the executive leadership team on corporate strategy and governance matters. He also is responsible for ISG Americas – the firm’s largest region, encompassing half of ISG’s revenues – and ISG Asia Pacific. He joined ISG in July 2014.

Previously, Todd was with IBM, where he served as general manager of IBM Global Consulting and more recently as general manager, Global Business Services, IBM Canada. Before joining IBM in 2010, Todd was president and CEO of Archstone Consulting, a strategy and operations advisory firm he founded in 2003 and sold to The Hackett Group in 2009. Earlier, he was a partner at Deloitte Consulting and a member of its Global Management Committee during a distinguished 13-year career with the firm.

An expert on business transformation and cost optimization services, he has personally advised Global 1000 clients across such sectors as manufacturing, retail, life sciences, healthcare, energy and consumer products. Todd is a graduate of Trinity College, Hartford, Connecticut, and holds an MBA from Duke University’s Fuqua School of Business.

Paving the Cow Path: Automating As-Is Can Pay Off Quickly

Does Your Software Buy/Sell Model Feel Like a Tenant/Landlord Relationship?

How Should a CFO Think about the Potential for Blockchain in Finance & Accounting?