In 2016, Deutsche Bahn made the decision to move its IT infrastructure to the public cloud as completely as possible. There are no hybrid gray areas.

The DB Navigator app is now the number one customer interface at Deutsche Bahn. In Germany, it is meanwhile the most popular mobility app right after Google Maps and has been the driver within the fast-growing digital ticket sales of Deutsche Bahn for many years now. In 2018, Deutsche Bahn was able to sell around 75 percent more tickets via the DB Navigator than in the previous year. 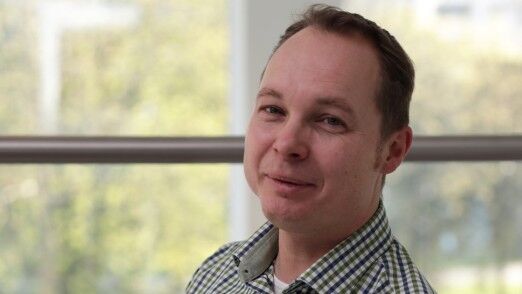 "We're moving faster than we had originally anticipated. Within a period of just over two years, we have already been able to transfer 40 to 45 percent of our infrastructure. Our goal is to complete the migration project two years earlier than planned," says Robert Arnhold, Head of Corporate Strategic Programs at DB Systel.
Photo: DB Systel GmbH

"Digital sales channels are being continually expanded and further developed. The speed has increased significantly," says Robert Arnhold, Head of Corporate Strategic Programs at DB Systel, Deutsche Bahn's IT service provider, who is also responsible for implementing the Group's cloud strategy. Against this background, there is simply no way around the cloud, says Arnhold. Not only the use of the app is growing steadily, but also the content and thus the amount of data and interfaces.

One example: In addition to long-distance tickets, DB Navigator also offers more and more local transport tickets and information, such as timetable information and subway tickets. "Without the cloud as a technical integration platform, we would never have been able to merge all the participating business areas of DB, private railway companies and transport associations so quickly," says Arnhold.

"The increased demands, for example in terms of flexibility and time-to-market, can only be achieved with the cloud - not to mention digital domains such as the Internet of Things or Artificial Intelligence."

Cloud is not an IT issue

Deutsche Bahn's cloud strategy is therefore not a sole IT issue, but a cross-business area decision by the Group's Management Board. It plans to relocate the entire IT infrastructure previously operated internally with DB Systel to the cloud within six years. The goal is to ultimately create new customer benefits. This should also make product development faster and more flexible, simplify the integration of existing IT applications with other services and reduce costs. 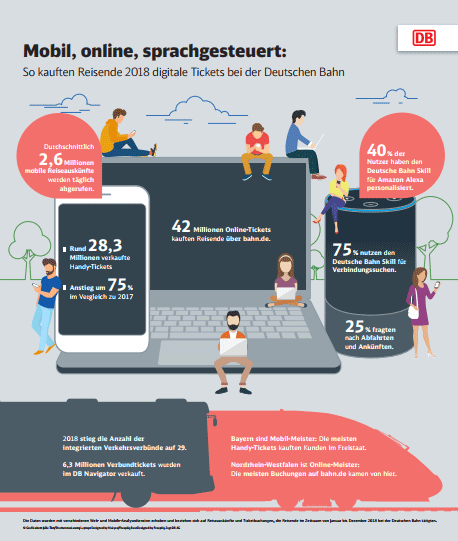 According to Arnhold, operating one's own IT infrastructure is definitely no longer the core business of an IT service provider within the DB Group and should therefore be completely terminated as in-house production. With the aim of operating the IT infrastructure in the public cloud as completely as possible, Deutsche Bahn is acting differently than the vast majority of large German enterprises. As a result, most of the IT infrastructure will be obtained from cloud providers in the future. But control is not lost in the process. This is because the integration of provider services into DB's systems and processes as well as the operational operation and management of around 650 IT applications remains in the hands of the company itself.

In January 2017, the first cloud migration project started and about two years later, Robert Arnhold draws a first conclusion: "We're moving faster than we had originally anticipated. Within a period of just over two years, we have already been able to transfer 40 to 45 percent of our infrastructure. Our goal is to complete the migration project two years earlier than planned, i.e. next year." The hoped-for effects in terms of increased speed, flexibility and cost-effectiveness have also been achieved. The costs of the migration remain within the set limits.

Program manager Arnhold attributes these good results to the complete change of the production model without any hybrid gray areas. "The clearer the strategy and the associated migration paths, the easier it is to implement," Arnhold is convinced. "In addition, our cloud strategy has the support of the Group Management Board and is not just IT-driven.”

A second important aspect is that the cloud strategy provides for public cloud solutions only. "We've had many discussions on this, including on data protection and with government agencies." According to Arnhold it was important to coordinate intensively with the responsible bodies in advance. This way, the fundamental questions regarding security concerns had been already resolved before today's implementation started.

There's another reason why DB is clearly focusing on the cloud. Many of the old legacy systems are keeping project managers on their toes more than planned. This year in particular, the railway has to deal with its legacy systems such as the mainframe or HP-NonStop, i.e. conventional, central, often mission-critical computer and server units.

Keeping them simply in-house is not an alternative, since they are almost never isolated solutions, but systems with interfaces to numerous other applications. If Robert Arnhold could turn back time, he would therefore devote more analysis and preparation efforts to the subject of "legacy" before starting a project - mainly in order to specifically address the core problem of latency times in interaction with the cloud.

But what happens to the 700 or so employees who kept the railway's IT infrastructure up and running? These employees are no longer responsible for special tasks such as storage or server operation, but for everything that is necessary for application operation within the cloud provider's infrastructure. Today, this also includes topics such as automation, security aspects such as firewalls or security-by-design requirements on the part of governance.

From server to AI specialist

Deutsche Bahn offers its existing infrastructure experts a comprehensive training program to help them grow into the Group's new fields of activity. For example the Internet of Things (IoT): DB has begun to equip locomotives, switches, escalators and clocks in railway stations with sensors in order to be able to maintain vehicles and systems proactively. And by using artificial intelligence, the company is currently enhancing its customer service, for example with chatbots.

"The sale of our data center was the first step in all our activities. That was a clear statement that we were serious about the migration, but it also meant that virtually all the people in the IT infrastructure were affected," recalls Robert Arnhold. "Of course, not all employees will be AI developers. But the application domains in the field of digitization at DB are so diverse that our training offers are in general gladly accepted." Last year alone, DB trained 400 employees in new technologies. "Above all: After just over two years, more than 30 teams with more than 350 employees are already working in the cloud."

When selecting their partners, the railway managers knew from the outset that they did not want to become dependent on one single supplier. However, the Group does not pursue a multi-provider strategy, but selects carefully so that it can choose from at least two portfolios that are in competition with each other.

In the selection and award procedure, which was completed in May 2018, Deutsche Bahn for the first time followed a new approach of the technology research and advisory firm ISG Information Services Group. Above all, it ensured that the (EU) legal requirements were met, that the offers submitted were comparable while the specifics of the individual providers were taken into account at the same time.

Amazon Web Services and Microsoft Azure in use

With currently two providers - Amazon Web Services (AWS) and Microsoft Azure - the integration effort in terms of network and production connectivity, for example, is not that high. "And you mustn't forget: When we started out just over two years ago, there were hardly any providers in Germany with extensive experience with German business requirements and the special legal conditions of the EU region," says Robert Arnhold. "Unlike in the US, very few large German enterprises have pursued a similarly consistent cloud strategy up to now." IT will become part of the product development and a facilitator for business units to use IoT and AI solutions in order to improve customer experience.

This article was originally published in German at: https://www.cio.de/a/die-cloud-strategie-der-deutschen-bahn,3599404

Are You Ready for the Post-Pandemic Consumer?
Bots and Beyond Episode 11: Unlocking the Value of Automation in Private Equity
IT Rate Benchmarks: Ensuring Your IT Investments Are Market Competitive
Negotiating with Microsoft: The Goliath of Software Vendors
The Basics of Good Cloud Financial Management
The Ins and Outs of Contracting Oracle’s Next-Generation Offerings
Digital Product IT: A New Responsibility for Manufacturers on the IoT Journey
COVID-19 Pulse Check: Survey of the EMEA Automotive & Manufacturing Industry