ISG Automation Summit U.K. Shows the Art of the Possible

Following last year’s ISG Automation Summit that focused on implementing and scaling robotic process automation (RPA), this year’s event in London looked beyond RPA to cognitive automation and artificial intelligence (AI) as ways to deliver even greater value to organizations in all sectors. The event opened with a conversation between ISG’s Steve Hall and Softbank Robotics talking robot Pepper. Steve and Pepper shared a few jokes and even some Gangnam-style dance moves!

Center of Excellence: It’s All in the Timing 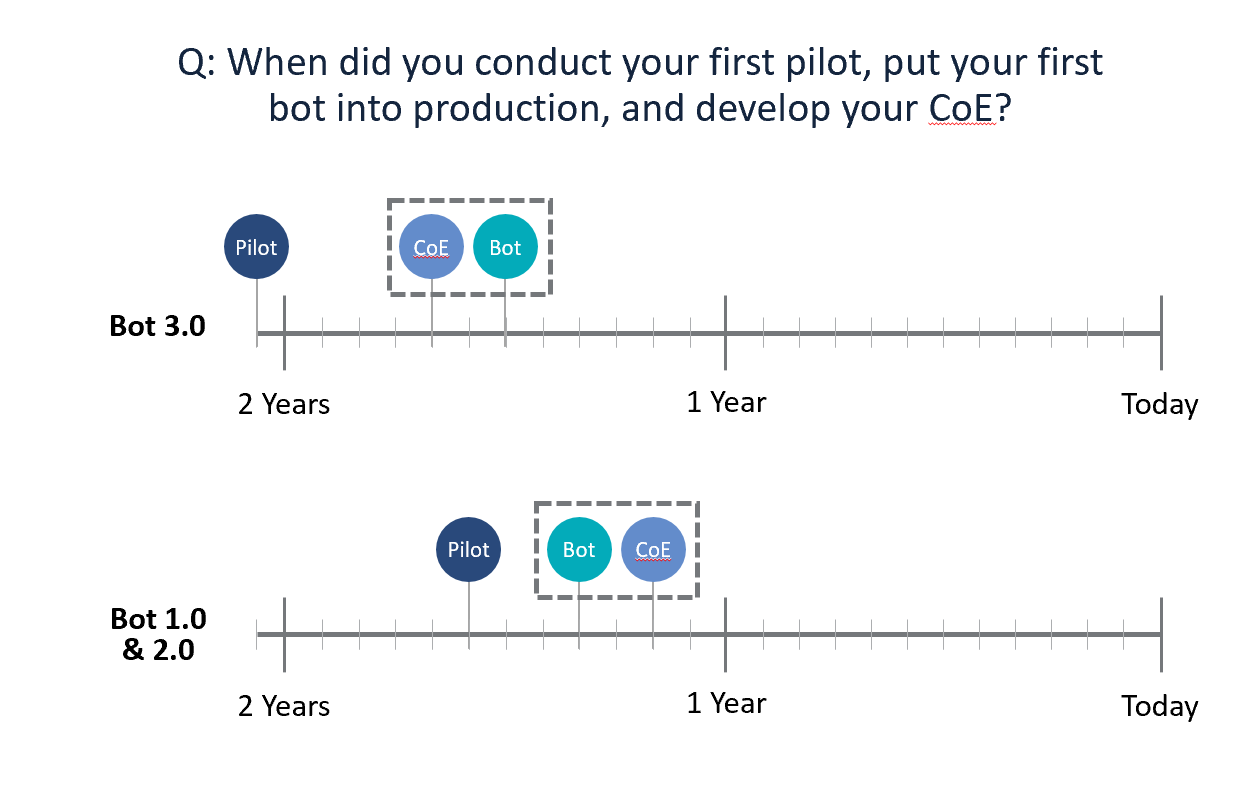 To top off the Automation Summit, several leading technology providers took up the gauntlet to compete in an automation hackathon challenge. Each vendor used their technology and expertise to automate an employee onboarding process, showing the array of different underlying technologies an organization now must choose from when considering their automation plans.

The ISG Automation Summit explored the art of the possible with discussions about automation, RPA, intelligent automation and artificial intelligence. The event left attendees with a great deal to consider as automation sweeps through their enterprises.

A New Way to Look at RPA

The Next Layer of Value: Intelligent Automation

The ISG Star of Excellence Awards™

Next-gen In-flight Connectivity Can Be a Prime Opportunity

HR Technology and the Future Workplace

Decline of the Rupee – How Will It Impact IT Providers and their Enterprise Clients?

The Business Case for Transformation to Ethernet